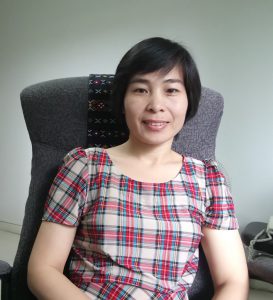 Dr. Le Ngoc Bich Ly is the head of the International PhD program in Peacebuilding at Payap University, Chiang Mai, Thailand. She teaches courses related to religion, gender, and peacebuilding. She also coordinates interfaith activities and public presentations at the university. Ly earned her bachelor’s degree in English from Can Tho University, Vietnam in 2004, and Master of Divinity from Payap University in 2011. She received her Ph.D. degree in Inter-Religious Studies from the Indonesian Consortium for Religious Studies in Indonesia in 2017. Her research focuses on gender issues in religion, interfaith dialogue, and peacebuilding.

Tony Waters is Director of the Institute for Religion, Culture, and Peace and Lecturer in Peace Studies at Payap University, Thailand. He is also Professor of Sociology at California State University, Chico, since 1998.  He previously worked in Thailand as a Peace Corps Volunteer (1980-1982), and later worked in refugee camps in Thailand and Tanzania.  He has written books about humanitarian relief operations, classical social theory, and criminology.

He has a PhD degree in Sociology from the University of California, Davis (1995).

Many of his publications are available at his Academia.edu account at https://payap.academia.edu/TonyWaters 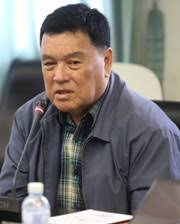 Dr. Tamthai is the former head of the Philosophy Department at Chulalongkorn University, Thailand, and the former director of the Institute of Religion, Culture and Peace at Payap University, Thailand.  He has taught and written in the fields of Philosophy of Science, Ethics, Social and Political Philosophy, and Peace-Conflict Studies.  Some of his papers are “Democracy with a Heart”, “The Democratic-Peace Hypothesis and building a Culture of Peace in Southeast Asia”, “Citizenship and the struggle for rights in fledgling democracies”, “The Philosophical and Cultural Dimension of Peacebuilding”, and most recently, “Weaving Patani’s dream non-violently.” He is the former president of the Philosophy and Religion Society of Thailand, was a member of Thailand’s National Reconciliation Commission, and headed the government’s peace talk team with the Patani Movement in Southern Thailand. 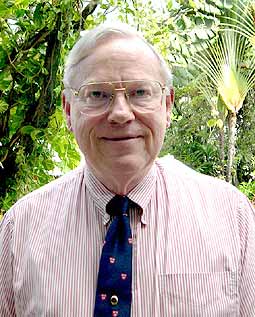 Reverend John Butt first came to Thailand in 1963 after completing a Master’s degree in Theology at Harvard University. He taught in Chiang Mai for three years prior to returning to Harvard University to pursue additional degrees in the comparative study of religion, especially Buddhism and Christianity.  He had an opportunity to come back to Chiang Mai in 1984, after teaching comparative religion for 7 years at Macalester College in MN (USA).   John has served in Chiang Mai as a local pastor, church district worker, seminary and university professor, and as founding director of Payap University’s Institute for the Study of Religion and Culture (now the Institute for Religion, Culture and Peace).  Reverend Butt retired in 2007, but has continued to serve as a Senior Advisor and teacher at the Institute. 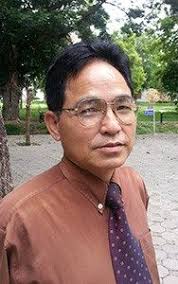 Research interests: Social Entrepreneurship.  Dr. Somboon has a PhD in Social Sciences from Queensland, Australia.  His PhD dissertation was about petty corruption in Thailand.  He retired in 2020, and continues to be very active with social entrepreneurship in Myanmar and Thailand, particularly among the Karen people.

Suchart Setthamalinee is the former head of the Department of Peacebuilding at Payap University. He has a MA and PhD in Sociology from University of Hawai’i  and specializes in Muslim studies, having written several books on the subject.