Saw Alwyn is presently the Dean of the Karen Kawthoolei Baptist Bible Seminary and College in Maela Camp in Tak, Thailand. 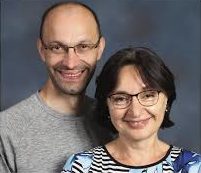 Eva is originally from Czechoslovakia and lived in the United States for over 20 years.  She has since moved to Chiang Mai where she is part of PhD. program in Peacebuilding at Payap University, while also being on leave in Hanoi where she is currently the Mennonite Central Committee representative in Vietnam. 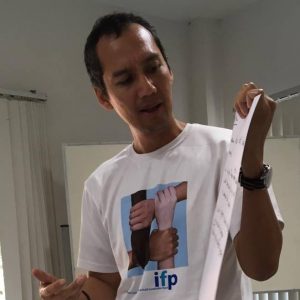 Qamaruzzaman is passionate about knowledge, hence his vocation as an educator. He received his physics training at the National University of Singapore; then trained as a teacher at the National Institute of Education at Nanyang Technological University where he also did an MEd a handful of years into his teaching praxis. He taught physics at a public secondary school in Singapore before spending 12 years at the United World College of Southeast Asia exploring physics, the theory of knowledge and peace-building ideas. He is currently a PhD student focused on transformative learning as well as Bildung, and their significance for effective education, specifically peace education. Q believes that “education is a force to unite people, nations and cultures for [justice], peace and a sustainable future,” an idea that he first encountered as an International Baccalaureate student of United World College-Pearson College in B.C., Canada. 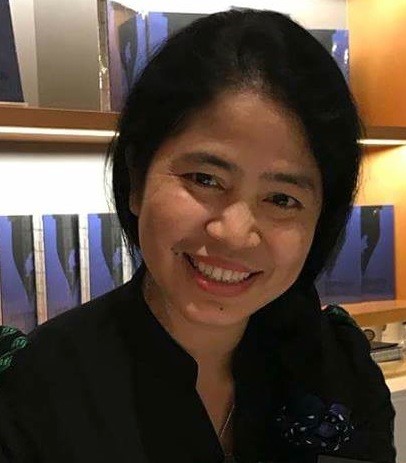 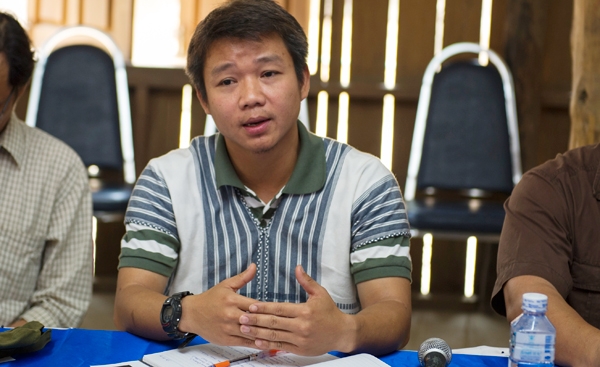 Hayso graduated from Patkai Christian College with a major in Political Science  and from Oriental Theological Seminary with a Master in Divinity. He joined the Peacebuilding Department at Payap University in 2017. Prior to this, he worked with Migrant Education as a college principal. Currently, he is the Education and Livelihood Coordinator of the Karen Refugee Committee, the chair of Refugee Affairs at Karen Peace Support Network and a leading advocate for the Karen Student Network Group. He is also one of the founding members of the relatively new Asian Pacific Network of Refugees. He has co-authored two articles ‘Contesting Sovereignty: education and schooling in ceasefire areas of Karen State, Burma’ (2017) and ‘Education as a micro-theatre of ethnic politics and the peace process in Myanmar’ (2018). His research interests include refugee and peace education. 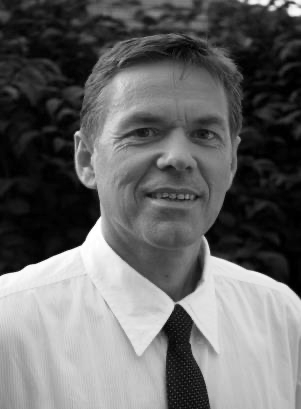 Over the past 16 years, Matthias has worked in the development industry in various roles throughout Southeast Asian countries. He was involved in developing and implementing a vocational training program for refugees and worked in project management and coordinator roles. He led an NGO livelihood working group for over two years and partnered with INGOs and CBOs on livelihood and refugee return/preparedness-related issues. Since 2009, Matthias is a development consultant and researcher with a regional focus on Southeast Asia. By his distinct technical background, he designed and led several research projects on vulnerability, conflict analysis, livelihood and agriculture, basic education and vocational training.

Matthias holds a Master’s degree in Natural Resource Management and a post-graduate certificate in Development Management from Open University (UK) as well as a Bachelor’s degree in Agriculture Economics. With a commitment to lifelong learning, he focuses on knowledge and skills development. In August 2017, Matthias joined the Ph.D. program in Peacebuilding at Payap University, Thailand. His research interest includes the area of vocational education contribution’s to Positive Youth Development and peacebuilding. 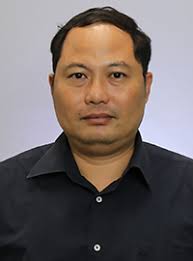 Saw Eh Htoo is currently pursuing a Ph.D. degree in Peacebuilding at Payap University in Thailand. Academically, he is trained in theology and anthropology. He has been working as an educator from 2008-2013 at the local institute in Myanmar. In addition to this, he servers as the director at Kaw Lah Foundation, a local peace foundation in Myanmar. His organization is actively working in conflict and post-conflict areas. He seeks ”to give the world the best he has.” 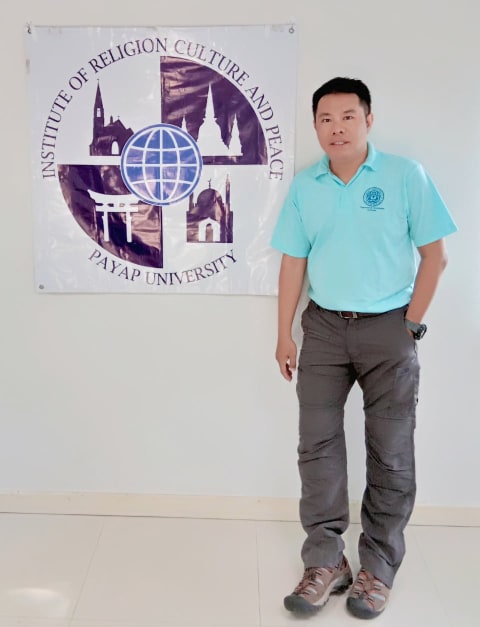 Dr. Min Thaw Htun is a PhD student in the peace building program at the Institute of Religion, Culture and Peace, Payap University. He got his M.B. and B.S degree from Yangon’s University of Medicine 1, as well as a Master’s in Public Health from Mahidol University, Thailand. As a public health professional, he has been working with ethnic refugees in temporary shelters and migrants along Thai-Myanmar border for over a decade, dealing with public health education, Information/Education/Communication (IEC) publication, labor rights, occupational health and safety, the development of a health worker training curriculum, as well as migrant and ethnic health worker training. He is a certified trainer/facilitator for university certified training courses delivered by the International College at Payap University, School of Global Studies at Thammasat University, and the Faculty of Public Health at Khon Kaen University in Thailand 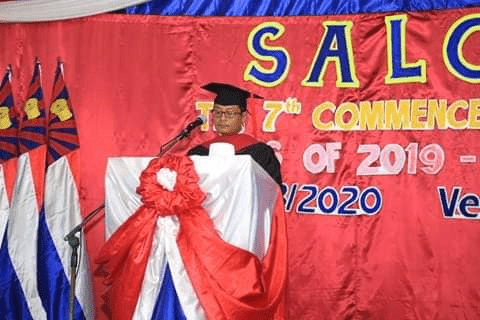 William is from the Karen State in Myanmar and due to civil war,  fled to Thailand with his family in 1984.

He attended school at the then known “learning center” in the refugee camp and completed high school in 1994. He then enrolled at Kawhtoolei Karen Baptist Bible School and College (KKBBSC) and completed his bachelor’s degree in theology in 2004.

In 2004 he decided to do a Master of Divinity at the same college and graduated in 2007. He was then awarded a scholarship to complete Doctorate of Theology at Union Theological Seminary in the Philippines, graduating in 2005.

Upon returning to the camps, he taught at KKBBSC and was involved a number of mission’s works with Nation Baptist Church and other international churches in the refugee camps. He was involved in multiple activities including youth empowerment training, and leadership capacity building, as well as leading youth groups. He traveled to all nine refugee camps on the border speaking, as well as preaching to internally displaced people (DP) in Burma and was over-whelmed with the needs, sufferings, hopelessness. and helpless that faced by his people: the Karen.

In 2012 December together with missionary and camp leaders, he formed Shalom Arts and Leadership College (SALC).  A community-based institution located in the refugee camp, SALC provides education that empowers young people living along the Thai-Burma border, including IDPs all over Burma regardless of backgrounds, beliefs, ethnicities, and culture. The medium of instruction is English, though there are electives in Karen literature and language.  William currently serves as the principle at SALC.

In 2018, William began a PhD at the Institute of Religion, Culture and Peace at Payap University, providing him the opportunity to learn skills in engagement and better understand peacebuilding and conflict transformation to be used in the mission work at SALC , as well to serve and contribute to wider communities. 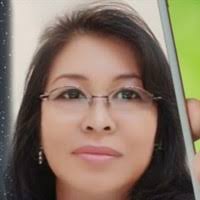 Moe Thida has worked with non-Profit organizations in various roles in Myanmar, Singapore and Thailand for the last 15 years. She has worked as a lecturer, facilitator and coordinator for the American NGO, IRC and other agencies.  In addition she led an NGO partnership development working group for over seven years that worked with ethnic Community Based Organizations (CBOs) on organizational development, internally displaced persons, human trafficking awareness, migrant labor occupational safety, and health related issues. Moe Thida is also the lead design and liaison partner between the University of Mandalay and Payap University’s leadership and organizational management courses. In 2020 she helped begin a Peace Education program in partnership with Mandalay University.

Moe Thida holds two Master’s degrees. She has a Master’s in Business Administration from Payap University, and a MA in Economics from Yangon University of Economics . Her Bachelor’s degree in Economics also from Yangon University. Moe Thida’s believes that there is a “Relationship between peace, business, and prosperity, and by promoting a better understanding of the cultural, economic, and political factors that drive peacefulness”. She is currently doing her Ph.D in Peace building studies at Payap University in Chiang Mai, Thailand. Her research interest includes business, conflict and liberal peace politics.

Cecilia is an education activist. Serving as a teacher at a South Korean high school, Cecilia experienced the struggles of college entrance grade-oriented education and began to develop a deep interest in alternative education.  As a result, she established an alternative school as a teacher with the Promotion Committee in conjunction with the residents of the community.

Working with the NGO ‘People’s Solidarity Alternative Education,’ she supported alternative schools across South Korea, as well as running training sessions on alternative education for public education teachers in conjunction with the Ministry of Education.

She then left her urban life began to assist the restoration of the rural community by creating self-help group for married migrant women from Vietnam and Cambodia as part of a back-to-land movement.

She is now in the Ph.D. Peacebuilding program at Payap  University in Chiang Mai. Lu Xun’s words that  “[i]n fact, on the earth there were no roads, however, more and more people walked on it, then roads were created” has inspired much of her work creating “new roads.” 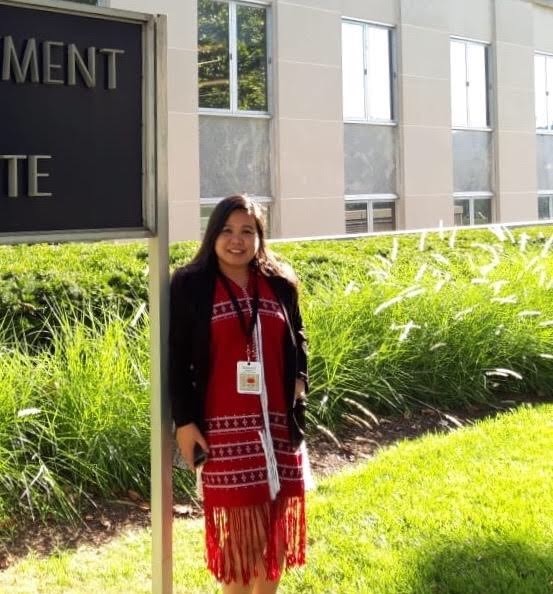 Phyu Phyu Thi has been serving as a researcher, educator, and civil society member more than a decade in Myanmar. In 2018, she published an oral history book in Myanmar titled “Of Peaceful Days, Nyein Chan Kae Thaw Nay Yat Myar Tho” together with two other researchers. Her research interests includes religion, media, culture, and peace. She holds a BSc in Physics from Yangon University, Myanmar, and an MA in Social Science (Sustainable Development) from Chiang Mai University, Thailand. She is currently doing her PhD in Peacebuilding at Payap University, Thailand. 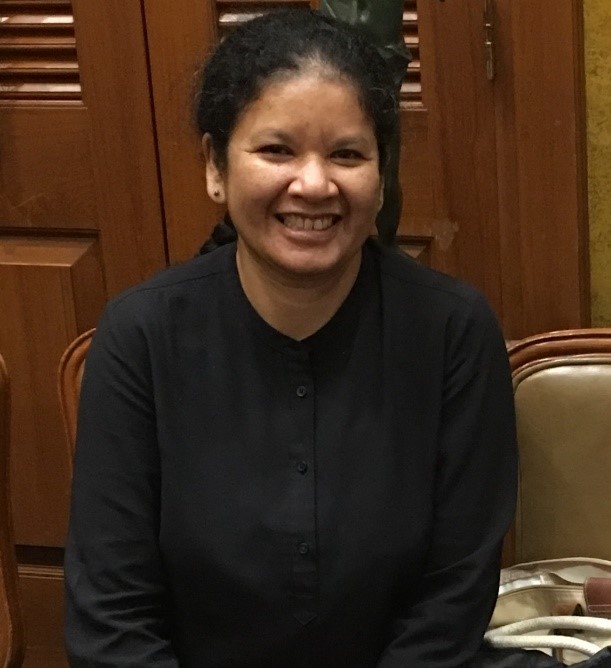 Ngamsuk Ruttanasatain is a lecturer at Institute of Human Rights and Peace Studies’s Mahidol University. Her expertise is in conflict, violence and nonviolence.  She is interested in ethnic conflict, especially tat of Burma and the deep south of Thailand. 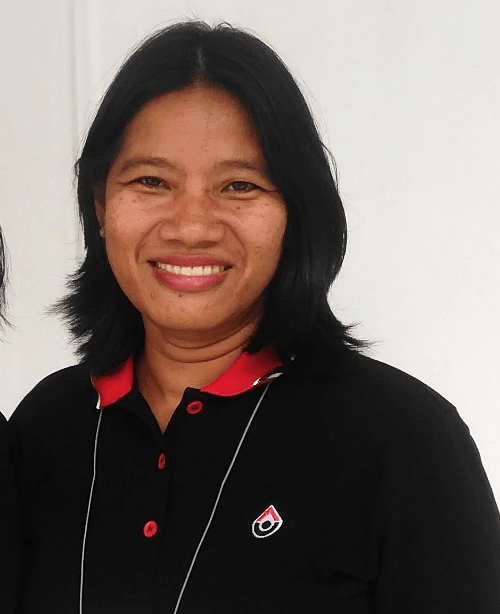 Alma is a college assistant professor of the Religion and Peace Studies Department of Silliman University in Dumaguete City, Philippines. She was also the former Chairperson of the said department from 2012-2017. She has been active in academe for 20 years now and has been both local and national facilitator for trainings and seminars especially for teachers and lay church leaders.

She is an active member in the Local Council of Women and the Association of Women and Theology. She was also one of the pool of facilitators for Values Education under the Private Education Assistance Committee.

Her field of interests are peace education, eco-theology, gender studies, and interfaith dialogue.